Emilia, Cuba’s Betsy Ross, continues to delight audiences across the country and abroad. The film premiered at the Houston Independent Film Festival in 2018 where it received a Special Jury Remi Award. In August Emilia was selected to screen in the documentary competition at the Montreal Film Festival. Presentations at film festivals, conferences and universities are followed by a Q&A session with Luis Pérez Tolón. University libraries, including Virginia, Miami and UCBerkeley, have purchased educational licenses.

Stay tuned and visit cubanflagemilia.com to learn about upcoming presentations and conversations with the filmmaker. 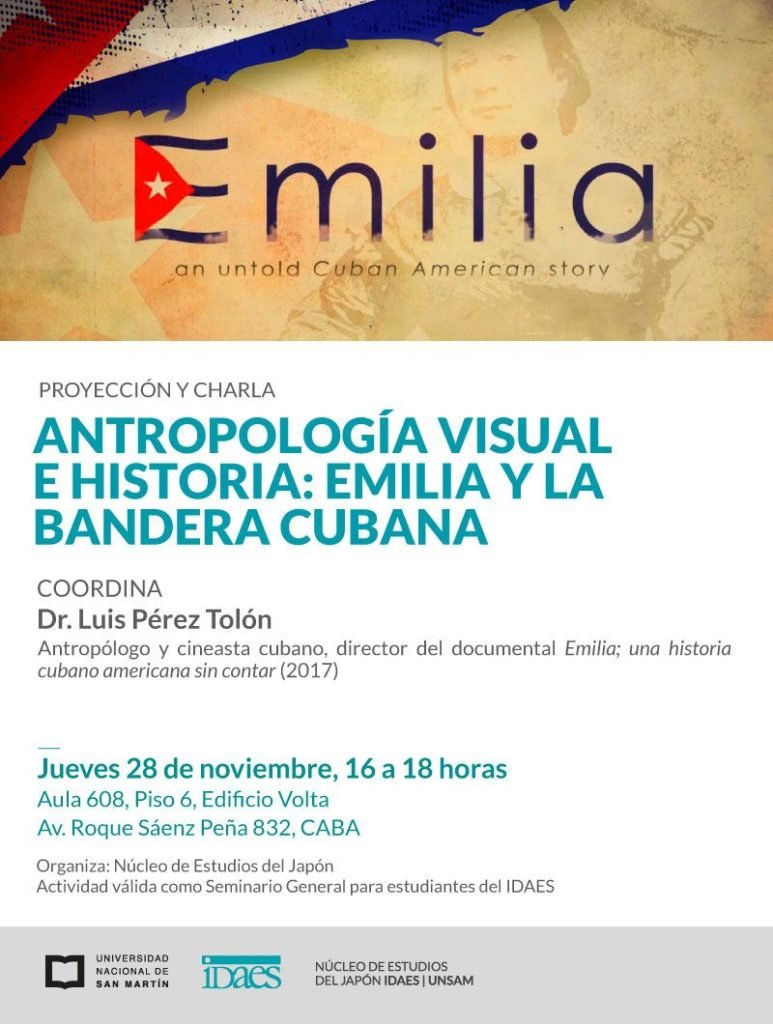 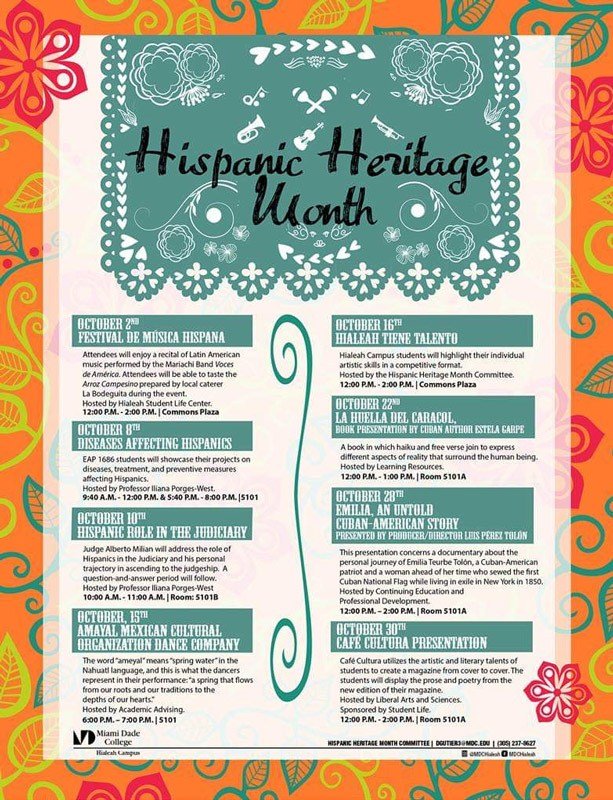 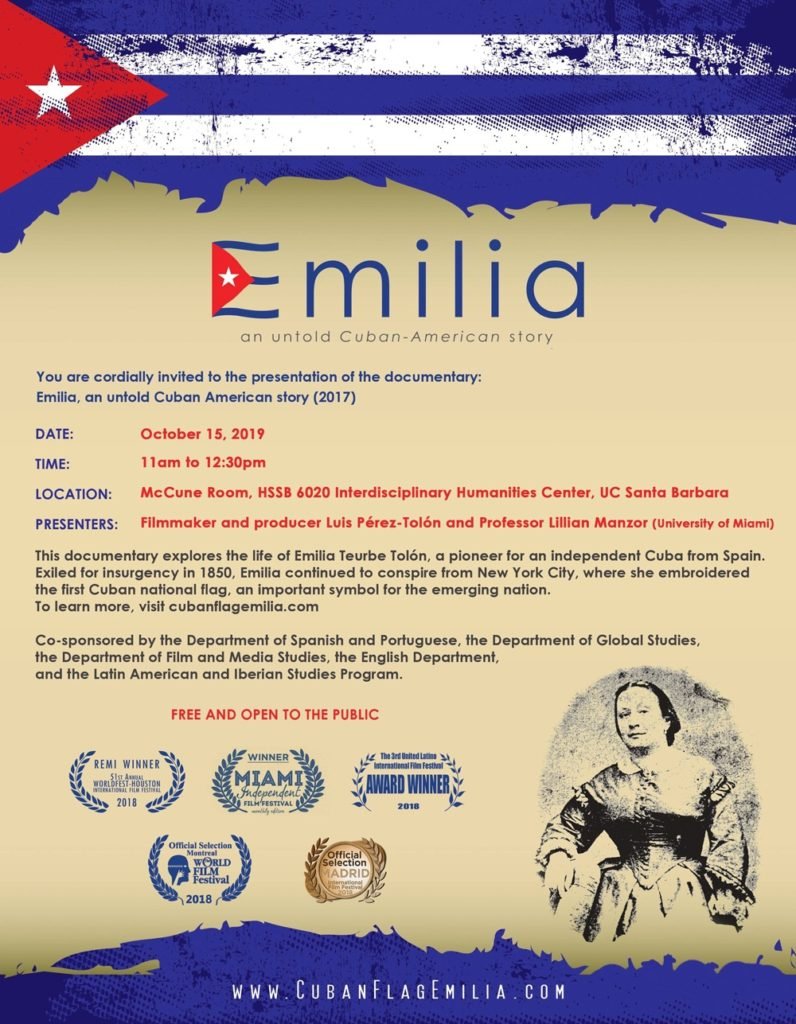 The film narrates the story of Emilia Teurbe Tolón, the first woman deported from Cuba for political insurgency. Ahead of her time and a role model for women’s contributions to the struggle for independence, she was an advocate for social justice and her story is contextualized within Cuba’s lengthy fight for Independence, Spain’s loss of Empire, and the USA, particularly NYC, as a safe-haven for the rebels.

About this Event
This documentary explores the life of Emilia Teurbe Tolón, a pioneer for an independent Cuba from Spain. Exiled for insurgency in 1850, Emilia continued to conspire from New York City, where she also embroidered the first Cuban national flag, an important symbol for the emerging nation.
In this film, director and producer Luis Perez Tolón traces his familial roots over two centuries to uncover a forgotten past and inspire future generations to tell their stories. After the screening, Tolón will be on hand for a Q&A with audience members.
To learn more, visit barry.edu.

Who created the Cuban Flag? Luis Pérez Tolón‘s new documentary, EMILIA, is a personal journey and search for ancestral roots to unravel the story of his ancestor, Emilia Teurbe Tolón, who sewed Cuba’s national flag while living in exile in New York in 1850.

SPACE IS LIMITED
Free Admission
MUST RSVP at: info@cubanculturalcenter.org

This workshop will frame US-Cuban histories of exile, separation, and reunification through a partial screening and discussion of the documentary Emilia: An Untold Cuban American Story. Emilia is a first-person experimental narrative as the filmmaker, Luis Pérez Tolón, searches for ancestral roots. It explores the life of Emilia Teurbe Tolón, pioneer in the struggle for the birth of an independent Cuba and role model for women’s contributions in the fight for independence. Deported in 1850 for conspiring against Spanish rule, Emilia joined her husband in New York City where she participated in the liberation movement for Cuba. In exile she sewed the flag which became a symbol for the emerging Cuban nation. The filmmaker undertakes a journey to trace her life. Traveling from Miami to Cuba, Spain, France and New York, he discovers milestones about the history of Cuba, Latinx United States, and his ancestor. Anchored in history, filmmaking, and affects, this workshop will address the historical characters’ roles in 19th century Cuba-U.S. relations to illuminate 20th and 21st century Latinx stories of migration, displacement, and diaspora.

Dr. Lamas will discuss the historical elements of the film, specifically the impact of Cuban annexationists on US history and the role of Emilia as a pioneering figure in 19th-century Latina history.